Latest News
Home /Blog/It has been 27 years since I moved to Cambodia.

– First, could you tell us what brought you to Cambodia?

I was sent to Cambodia as an expert in printing by Shanti Volunteer Association, which was called Sotoshu Volunteer Association at that time.
The purpose of the dispatch was to open a vocational training school for printing and training people.
However, it took around a half year to open the school after I was sent to Cambodia, so I spent time checking the process of the construction of the school building and making the textbook for the period. The school opened on 15th June, the next year, with 25 students who were recruited by the educational committee of Phnom Penh.
The contents of the training were not just like practicing, but also doing practical work, ordered from outside. There was no private print shop in Cambodia at the time, and all the printed matters issued from each ministry were printed by the printing machines at each ministry, but they were not being used much, either. Therefore, we received a lot of orders from UNTAC for leaflets of the notification of the election, and for various kinds of printing matters right after the school opened, so we were working on it for 24 hours with 3 shifts. The sales went over $100,000 sometimes, so we had no problems with any shortage of training materials.
The printing training school was needed because the printing technology in Cambodia was not matured yet at the time, right?
Yes. When I came to Cambodia, people were still doing typographic printing. Therefore, the printing machines we brought to Cambodia were the only offset printing machines working in Cambodia at the time. Those machines had been used normally in Japan already, but people in the printing industry in Cambodia were even surprised by color printing.

– Do you still communicate with the students?

Yes. Not so often as it’s been more than 20 years since then, though. But we still see each other at some religious events and ceremonies.
Most of them run printing shops in Phnom Penh, so I think I know most of the people in the printing industry here in Phnom Penh. 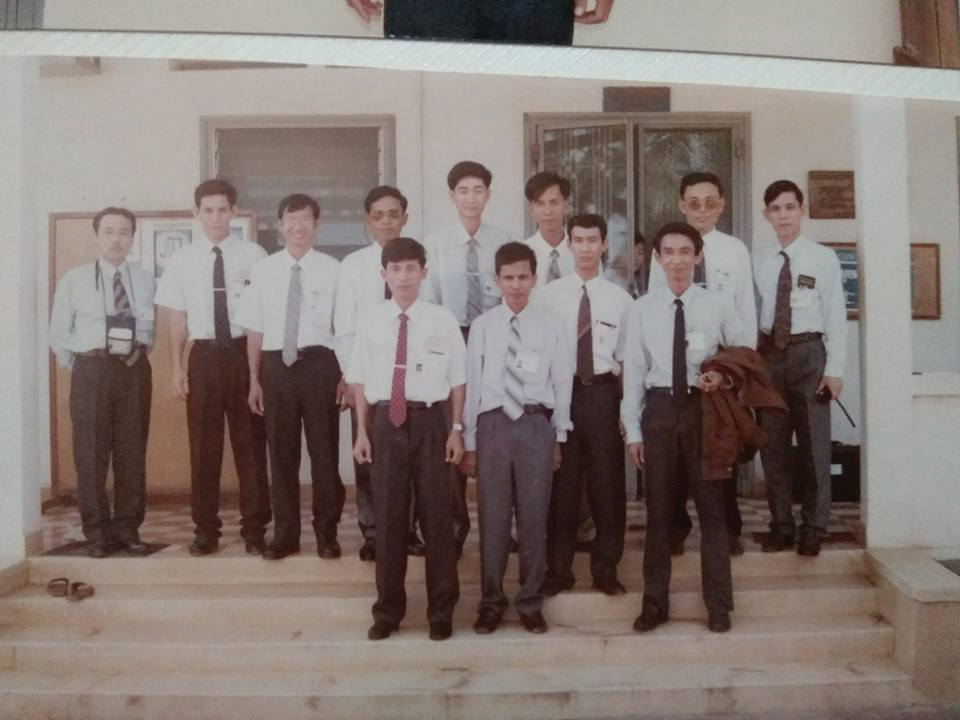 – You came to Phnom Penh in 1991, which is before UNTAC started its activities here in Cambodia. Did you have any experience which we would not be able to believe now?

We could not go out freely in the evening. we often heard sounds of gunfire everywhere. Guns were still sold at local markets at the time, so there were so many shooting incidents that not each incident became news.
Once I was at a local restaurant with one of my staff when 2 guys at the table next to us started fighting, and one of them started shooting at walls as a threat. However, the number of traffic accidents was much smaller as there were not so many cars running as now, and even tuk-tuks came to Cambodia around 10 years ago, so cyclos were mainly used for transportation.

– You finished your term of office at the school, opened Japan Printing Shop, and it’s been 27 years since you came to Cambodia. Is there any other activity that you’ve been doing along with your printing business?

I just do it as my hobby, but I established “Phnom Penh Majong Club” about 20 years ago, and the activity of the club has been going on ever since. We started in a room in the office of a major general contractor, and it moved to a few places, then now we use the 1st floor of the building of the restaurant called “Toritetsu”, which I run along with my printing business. I’d like to tell the pleasure of playing mahjong to more people of a wide range of age groups.